I own a homelab server based on a Supermicro X10SDV motherboard. I haven't been paying attention to the latest IPMI firmware updates lately and that's a real shame. In June, Supermicro finally released the update that enables iKVM over HTML5. You read that right, no more Java!

On the main page for my motherboard (http://www.supermicro.com/products/motherboard/Xeon/D/X10SDV-6C-TLN4F.cfm) I was able to download the fresh version 3.58 of Redfish. 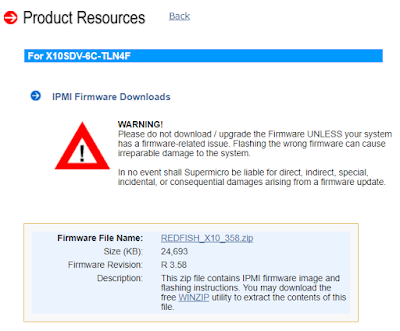 Since my homelab is running Microsoft Server 2016 at the moment, installing this firmware is a breeze. In the downloaded ZIP file you'll find a simple firmware flash utility. 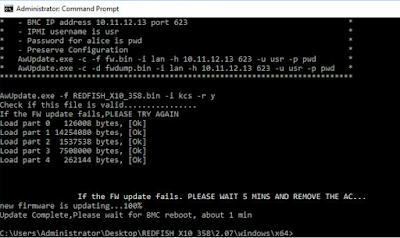 I simply copied the .BIN file into the utility folder and ran the executable with the right parameters (in an elevated command prompt, just to be sure). Since it's a local KCS connection, there are no authentication or network transfer issues.

The installation itself took a few minutes and after that, you will be able to use the shiny new HTML5 console!
To show you what this looks like, the picture below displays the remote console as well as the command used to update the firmware. 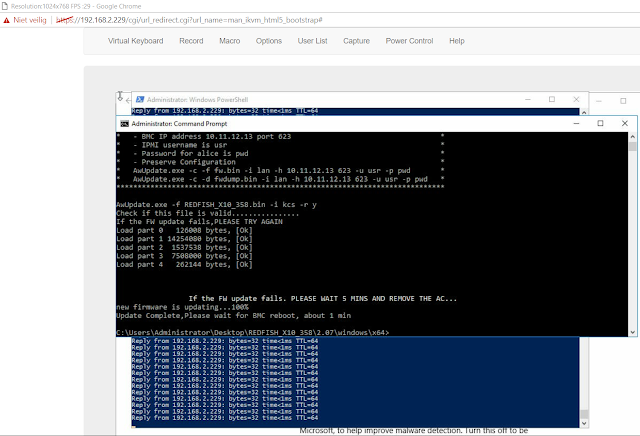 And before you ask: Yes, this works on a mobile device! Here are some screenshots of my Android phone using the HTML5 console. 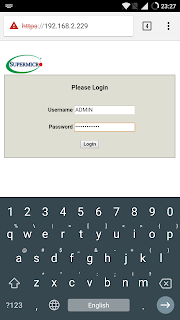 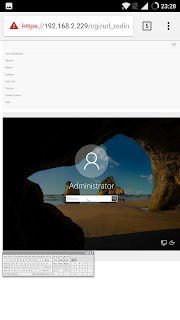 Any reason get rid of Java is a reason for cake! I really dislike those Ask! toolbars.
So far I haven't run in to any issues so I recommend any and all users of a X10 generation Supermicro motherboard to go and check if the IPMI firmware update is available for them.

Most of the projects I do for work have some part of storage and virtualisation in them. In order to get a good feeling for what a certain storage platform can deliver, I try to run at least one benchmark. In the past, it has been a pain to get the benchmarks right to be able to compare the results. I sometimes forget which tool I used last. The storage is not always easily accessible to the tool and some tools  end up overloading the CPU.

I've been following the development of Diskspd (https://github.com/Microsoft/diskspd) with interest ever since I saw a demo in some Storage Space talk on some Microsoft conference where it was described as an internal loadtest tool meant to replace SQLIO. Diskspd is easy to use, gives consistent results and is customisable for the type of workload you're trying to mimic.
It's commandline based so it runs on almost any version of Windows (even Hyper-V server and Nano server). Being CLI based means it's easy to script and others have built great scripts to run a benchmark based on all sorts of settings.

Putting it all together

The blog post by Jose Baretto (https://blogs.technet.microsoft.com/josebda/2015/07/03/drive-performance-report-generator-powershell-script-using-diskspd-by-arnaud-torres/) really inspired me to try a more diverse approach to benchmarking with lots  of different settings in order to generate a "fingerprint" of sorts for any given storage system. This script is not meant to give an in depth view of a storage system's performance for your particular workload but will make it possible to compare different systems and their strong/weak points with a single worker and limited differentiating workloads.
In short: a great way to get a ballpark figure for a storage system.

Description of the script

The script works by asking for a few parameters:
- location to store the test file
- size of the test file (at least a few times the cache size)
- duration of each iteration (I use 60 seconds for a standard test run)

As you can see, this list adds up to quite a number of iterations: 384 of them. As each iteration needs 60 seconds to run, this takes a lot of time so it's not something you run during your lunchbreak.

The last part of the script handles some formatting to get all the relevant numbers on one line (so it's easy to store as a CSV file later on) and outputs to console and file.

The other tool that Microsoft released on the same Github page is VMFleet. This script launches a number of VMs and kicks off a DiskSPD worker in them. Since most hyperconverged or active-active storage solutions are able to handle multiple IO streams at once, this is a great way to (synthetically) loadtest a storage system that can handle a large number of simultaneous workloads.

Every once in a while I come across a network with sub-optimal documentation. I usually want to add a new device to the network without having to hunt for a free IP address. One of the simple tests to see if an IP address is in use, is sending a ping. You can use a network scanner to ping an entire IP subnet or you can script something yourself. This is my PowerShell based script that I use in these cases:

Email ThisBlogThis!Share to TwitterShare to FacebookShare to Pinterest
Labels: PowerShell 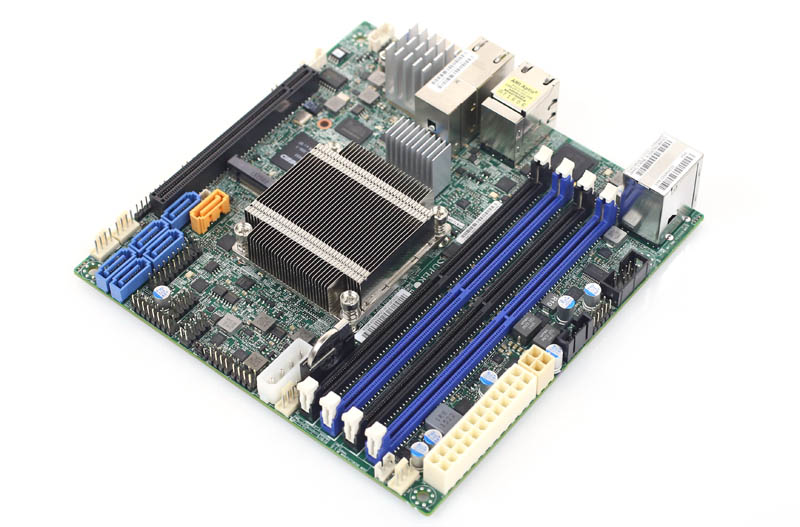 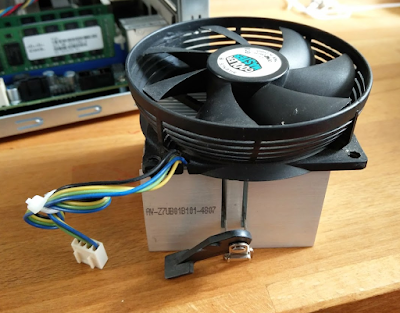 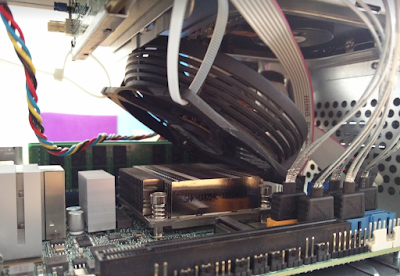 FAN1 is the CPU fan and FAN2 is the case fan. Both are BIOS controlled and spin up when needed. I've never actually heard the fans spin up during use. Just once during testing (blowing hot air into the chassis with a hair dryer to make sure it worked).
Posted by hans_lenze at 23:21 No comments: